This week’s guest comic comes to us courtesy of a young artist from Chicago named Alexander Aghayere. For more of his work, visit him here: http://www.supremegrim.com/

This is the last post for Mr. Aghayere. Thanks for the submission! 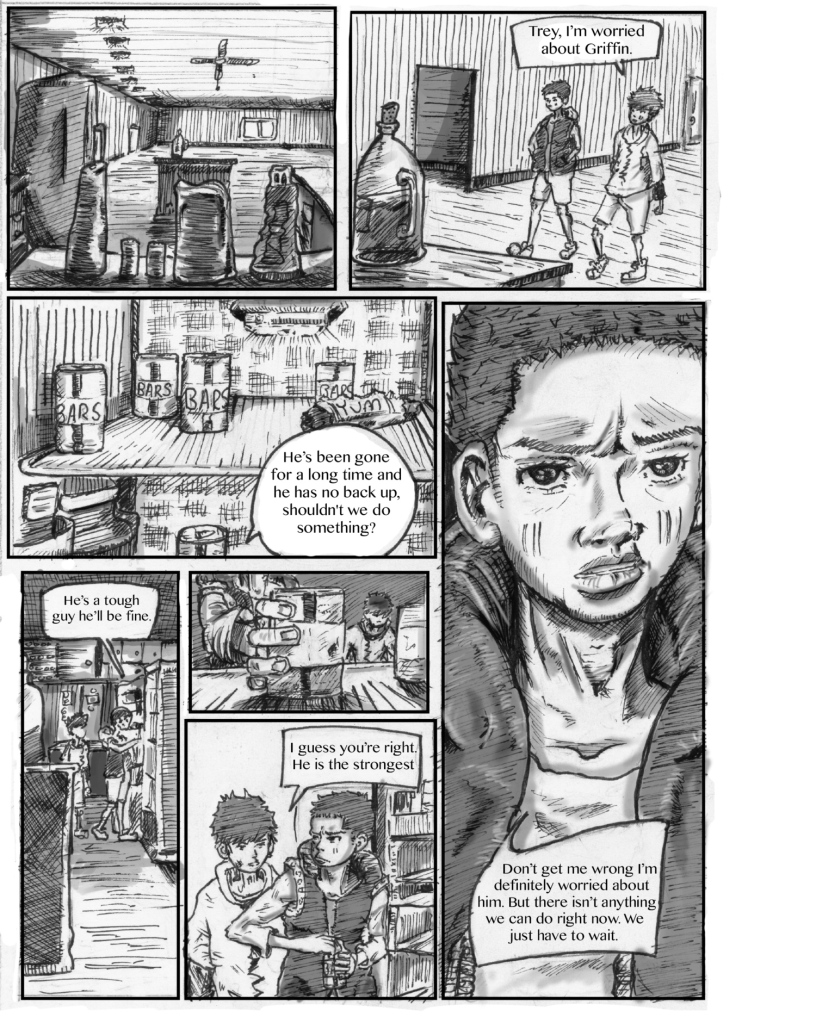 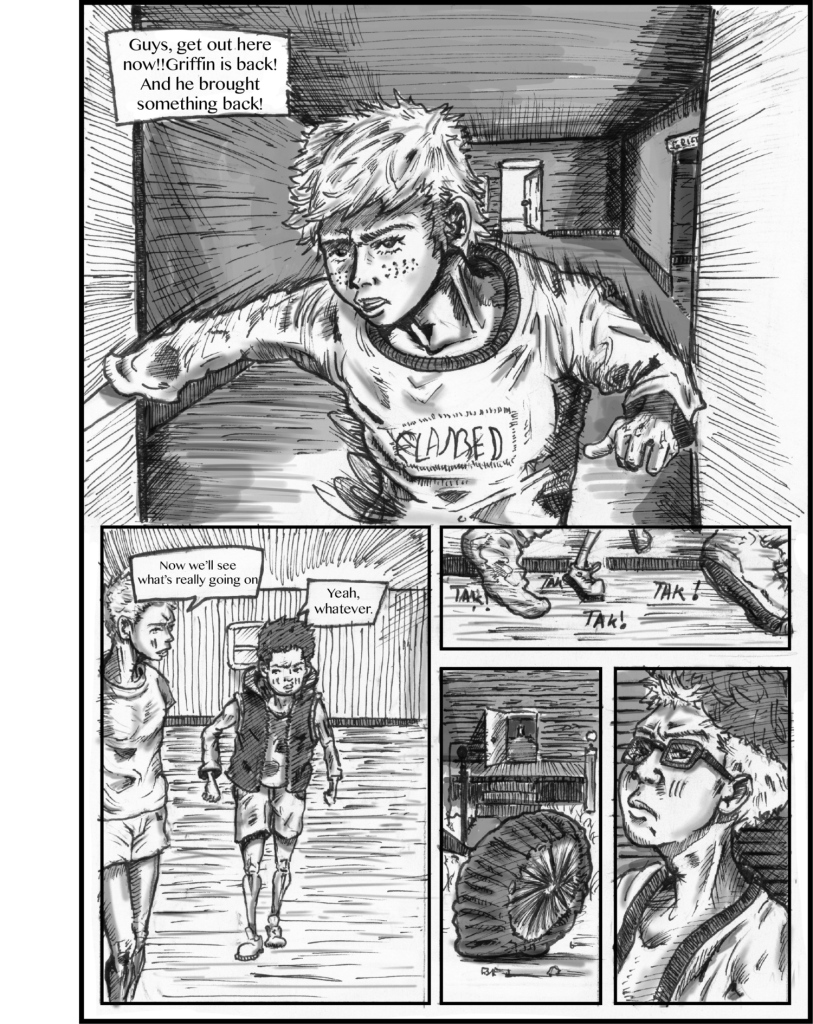 I’m sitting at my computer this morning, wondering what to write here. I have a tiny notebook (small enough to fit in my pocket), in which I wrote down exactly 156 ideas for weekly blogs. That’s enough to cover 3 years.

However, as I review them, I see that many of them are about things that have not been revealed to you, oh faithful readers, in the comic book pages yet! There are things about certain characters (how they came about, how I decided on their looks, etc.), the hidden references to other zombie novels/movies/comics, and so much more.

To write about them before you know them would not only have zero impact, but would also be blasting you with spoilers.

So then…what to discuss? There are some random, off-comic-book-topic things. I could discuss the influences on the comic. By that I don’t mean the drawing because when it comes to the pictures, we would have to defer to Johnny Carruba for that.

I mean what inspired the story, as well as my writing style in general. It wasn’t just influenced by the authors I have read; it was also influenced by movies and music. See, I believe there are certain things about the creative process that can be applied universally to ALL forms of expression.

For example, one thing I learned from the Smashing Pumpkins is that there is no reason to limit yourself or what you can do to one genre. Those limitations are imposed on artists externally, by some record executive who wants to label a band simply because it will make him more money.

I feel this free mentality can be applied to writing as well. Why do I have to say “I’m a horror novelist, I’m a romance novelist, I’m a science fiction novelist?” Tell me why I can’t just say, “I’m a writer” and then write whatever story comes into my head and my heart.

It’s bad enough that other people want to restrict you. Don’t impose limitations on yourself.

So…that is one topic. Another would be the history of the comic: how I got the idea, the different outlines I wrote for it, the struggle of searching for an artist, etc. I want to give one fair warning if I get into that: it’ll be long and involved, so I will most likely have to split it into multiple parts.

We’ve got (1) the history of the comic and (2) discussing influences on my writing. A third idea for content would be reviewing books/movies/music that was influential on me. Idea number four would be interviewing some of the other awesome webcomic creators I have been meeting lately, and featuring their work on here.

Yep, I think I’ve got enough topics to carry me far enough into the future, to the point where if I write about any characters or any story “Easter eggs,” I won’t be spoiling anything!